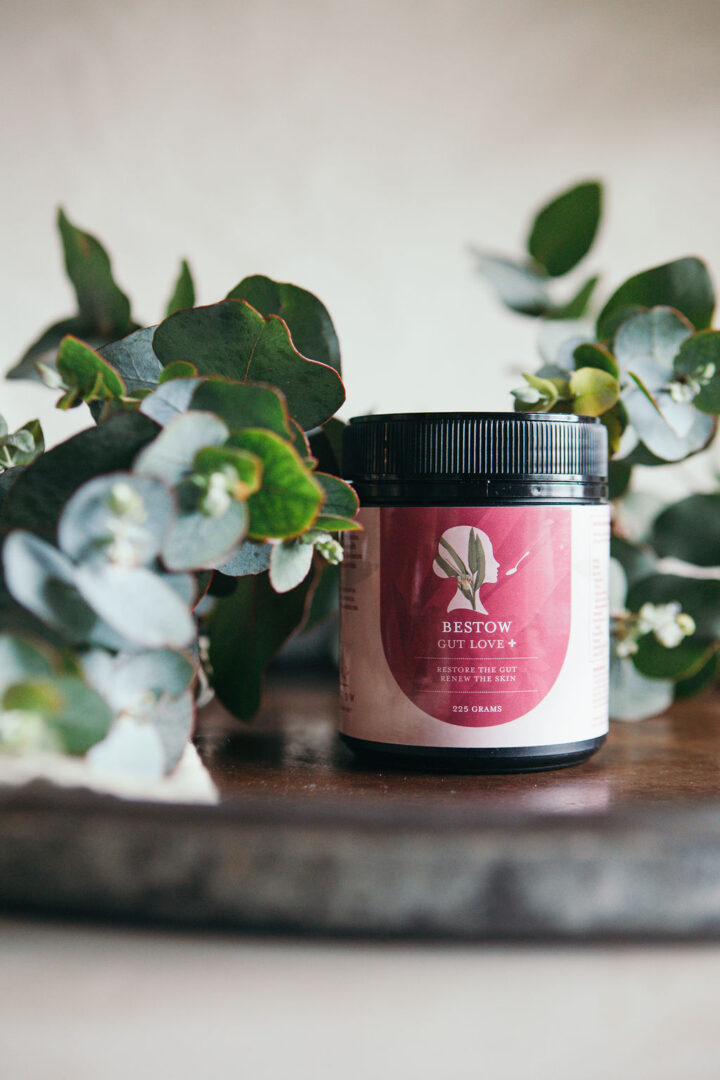 To finish off our gut health series, I wanted to talk about a product we’ve formulated specifically to assist with the healthy functioning of our digestive system, our Bestow Gut Love +.

The Bestow Gut Love + was based on our very successful product, the Bestow Be Cleansed. We took the Be Cleansed formulation and added a few key things to make it even more effective.

One of the main things added was a dose of 30 billion live cultures of very special probiotics. These probiotics include one of the first probiotic fungi to have ever been discovered. It seems quite unusual to be talking about probiotic fungi because we are so used to hearing about bad fungi like candida. But it was discovered that like bacteria, there are good and bad. This particular fungi, Saccharomyces boulardii, is one of the most useful fungi found in the human body and is considered the king of all good fungus.  S. boulardii helps protect our microbiome when it is challenged by infection or drugs like antibiotics. One study found that if you took  S. boulardii during and after antibiotic treatment, the microbiome wasn’t as badly affected and was able to recover much faster. It is both a protective and a regenerate probiotic fungi.

The Gut Love + also contains an enzyme that helps break down a digestive biofilm that bad microbes can form. This film lines our gut the bad microbes use it to hide behind and prevent our immune system from rooting them out. This biofilm is similar to the plaque that forms on our teeth and like that plaque, we want to break down. The enzyme in Gut Love + has been specifically developed to dissolve this film and expose these bad bugs to our immune system.

Bestow Gut Love + also provides us with a rich source of both soluble and insoluble fibre to promote the elimination of wastes and toxins.  It contains soothing ingredients that help heal the gut wall and as an added bonus, it also contains vitamin D which is not only vital for our gut but also for the healthy functioning of our immune system.

Bestow Gut Love + is a really effective product and this is why we recommend starting off just taking 1 teaspoon in liquid a day, slowly build up over time to 1 tablespoon.  This gives your body time to the increased dose of healthy fibre and all the other goodies it delivers.  So why not give the Bestow Gut Love a go and see if you feel better for it!