A TALE OF TWO SISTERS
By Janine Tait

The Story Behind the Bestow Sisterhood 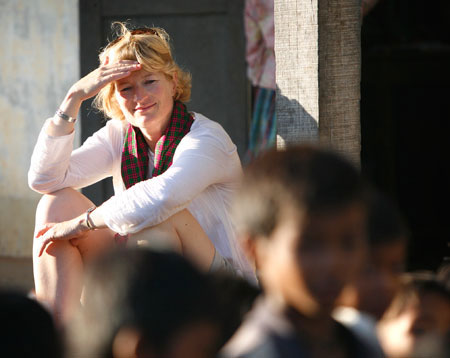 I cannot tell the story behind the Bestow Sisterhood without first telling you the story of my amazing younger sister, Denise.

Denise has always been a rescuer of souls. Even when we were young girls, she collected waifs and strays. She would invite the children from school who had no friends back to our house to play.

Over time Denise grew up, became a successful lawyer, married and had two beautiful girls. But she always had a feeling she was destined to do something more. She just wasn’t sure what.

Cambodia kept appearing on her radar. One day she read an article about Cambodian children being rented out for sex, on a weekly basis. This sickened and shocked her. She had two daughters who she loved and protected and cared for. Who was taking care of these children? How did they end up so vulnerable to abuse?

She began travelling to Cambodia to try and understand what she could do to help.

She thought a lot about what part she could play.

Denise decided that she would help by making sure girls in Cambodia were not so susceptible to human traffickers in the first place.

She started investigating the schooling system in rural Cambodia, an area where girls are most vulnerable. She was shocked at the poor conditions, lack of teaching materials and low number of girls attending the schools.

The Cambodia Charitable Trust (CCT) was established in 2008 with the sole purpose of promoting the education of children in Cambodia, especially those of young girls.

On one of her trips, she met a young woman who was working as a therapist in a local spa. When Denise asked her about her life she discovered that this woman’s family had been tricked into handing over her 15 year old sister to the sex trafficking industry. They thought they were sending her off to a work as a nanny, to create a better life for herself. Unfortunately, once they’d figured out the truth it was too late. She had disappeared completely and so had the company that recruited her.

This young therapist was distraught and had gone to great lengths to try to find her sister, making the expensive and arduous journey to Phonm Phenn in the hope of tracking her down. Denise tried to help too but all traces of the girl had disappeared.

There was nothing more Denise could do to help this grieving sister, but she returned to New Zealand determined to do her bit to stop this despicable practice.

Daughters of poor rural farmers are the most vulnerable to being targeted by sex trade agents. They recruit young girls by making false promises of a better future to their parents.

Over the last nine years, Denise has protected so many young children from a very sad future and has given them the gift of education.

She now has thousands of little people under her protective wing, and she really is changing the future for each one.

The law firm, Lyon, Arnold, O’Neale, where Denise is a partner, generously covers all the Trusts administration costs. Every volunteer pays his or her own expenses and nobody draws a salary, not even Denise. This enables the Trust to make a huge impact with each and every dollar donated.

As Denise’s sister, I have had a front-row seat to the work that she does. She punches well above her weight and has attracted national attention for the work she does.

In 2009, Channel One’s ‘NZ Story’ produced a documentary about Denise’s work in Cambodia, which helped to spread awareness. Theresa Gattung, former CEO of Telecom, is the patron for the Trust and Nadia Lim is the ambassador.

The Video above was created by Denise’s daughter Emily Arnold as a tribute to her Mother’s work.

Denise is grateful for their support and influence. But it is the ordinary Kiwi women who support and sponsor Cambodian girls that are the real heroes. They are the ones who collectively make it possible for Denise to change the future for rural Cambodia, one girl at a time.

As you can probably imagine, the Trust is a big part of our extended family life. At family gatherings, it is virtually another member of our family. My husband, Kevin and I, visited Cambodia in 2015 to see the work that Denise is doing over there. This was a humbling and moving experience.

Bestow sponsors six Cambodian girls through Denise’s trust. Each girl receives $40 a month from us to support her education and protect her future.

We feel that these Cambodian girls are part of our extended family, that they are our little sisters.

For several years now I have had a dream to widen my family circle to include all of you. I have often wondered what we could achieve if this little sisterhood of ours – Denise, Robyn and I – expanded to become a national sisterhood of women.

To help make this dream a reality, I am delighted to launch
‘The Bestow Sisterhood’

The Bestow Sisterhood is a collective of beauty therapists and skincare clinics throughout New Zealand who are creating a brighter future for girls in rural Cambodia.

Our whole ethos as is about women and wellness. It’s about caring for people so that they can thrive. You already do that on a daily basis for the women your care.

I am inviting you to stretch your heart open even wider and consider caring for a little sister you will probably never meet.

Our dream is for every Bestow clinic to sponsor at least one ‘little sister’ through Denise’s charity.

“When we open our eyes and our hearts, we begin to understand that we are part of a global sisterhood. Every woman is our sister. We can help the woman down the street from us, and we can change the life of a girl in Cambodia who we will never meet. Both matter. We love to see women helping women, and we’d love you to become part of the Bestow Sisterhood.”

Think what a difference we could make collectively if every skincare clinic in the Bestow community chose to support at least one girl from Cambodia. 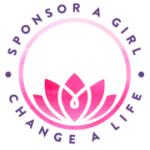 Sponsor A Girl | Change A Life

Our dream is for every Bestow clinic to sponsor at least one ‘little sister’ through Denise’s charity, The Cambodia Charitable Trust. The six girls below are sponsored by Bestow.

For just $40 per month, your business can change the future for one Cambodian girl by supporting her education.

Girls who don’t go to school are vulnerable to sex trafficking or can end up married and bearing children at a tragically young age. Through education, girls are protected and given the opportunity to develop a healthy, happy, purposeful life.

Meet Ly Sida
One of Our ‘Little Sisters‘

Ly Sida is one of the six girls we sponsor through Janine Tait Group. She is top in her class and wants to be a doctor when she grows up. Denise says it is girls like Sida who give her hope for the future of Cambodia. Meet Ly Sida.

This beautiful rose-coloured tea is an organic blend of lemongrass, peppermint, hibiscus, cinnamon and cardamom. All Bestow profits from the sale of Generositea will be donated to the Cambodia Charitable Trust

A Tale of Two Sisters
The Story Behind the Sisterhood

Denise has always been a rescuer of souls. Even as a young girl she collected waifs and strays. Over time Denise grew up, became a successful lawyer, married and had two beautiful girls. But she always had a feeling she was destined to do something more…